If you're a writer, you know that plotting a story is essential. You have to have a roadmap to keep your characters and readers on track. But what about the end of your story? What happens after your climax? That's where falling action comes in. In this article we're going to explore what falling action is, why it's important, and some common questions writers have about it. So let's get started!

What does falling action mean?

Falling action in a basic plot structure is the events that happen after the climax and before the resolution. This part of your story is often used to show the consequences of the climax and how it affects the characters.

Why is falling action important?

Falling action sets up your ending so you can close out all of those loose ends and give the audience closure on what they've just read. This is the part where your audience gets to witness what happens after your climax occurs.

Finally falling action lets characters learn about themselves and how they've changed by experiencing their struggles throughout the story. This can help shape them into better versions of themselves or create change in their lives that wasn't possible before falling action happened.

How does falling action relate to rising action?

Falling action and rising action are the two parts of your story that create tension. They're like falling into a big pool (rising action) and then climbing out on the other side (falling action.) Together, they make a complete story.

Rising action is all of the events that lead up to the big thing: Your climax!

A story's falling action occurs after your climax, before everything gets wrapped up with a bow at resolution. You can't have falling without rising because they work together in perfect harmony!

What comes after falling action?

One more question writers commonly have about falling action: What comes next - or does anything come after falling action? The answer is this: Your resolution!

The resolution in a story occurs after falling action and before the epilogue. It's when you wrap everything up and give readers a satisfying conclusion. So what do you need to include in your resolution?

Freytag's Pyramid is a diagram that illustrates the different parts of a story. It was created by Gustav Freytag, a German playwright and novelist, in the 1850s. The pyramid has five sections: exposition, rising action, climax, falling action, and resolution.

This is an important tool to help you understand the structure of your story and how each part works together to create a complete narrative. Knowing about Freytag's Pyramid can help you better map out your plot and make sure all the necessary elements are included in your story!

How long should my falling action be?

It depends on your story, but falling action in a story should be brief. Some stories may only need a paragraph while others might span several chapters. How you write your story will determine how much time you spend in this section of your novel.

How do you write falling action in a story?

You can write falling action in your story by having your protagonist deal with the consequences of their actions. For example, if they killed someone in a fit of rage leading up to the climax, falling action would have them coming face-to-face with what they did and how it affected others around him or her.

If you're having trouble writing falling action into your story, try thinking about one thing that could happen following your climax that's significant enough for readers to get an understanding on where everything is going from here.

Can I skip falling action?

Yes, you can skip falling action in your story if it's not necessary to the plot. For example, if your climax is an action scene that doesn't leave much time for falling action, you can jump from rising action right into resolution. Just make sure that everything that needs to happen in order for your audience to have a complete story does indeed happen!

Harry Potter and the Sorcerer's Stone

The climax of the first Harry Potter novel is Harry battling Quirrel/Voldemort and escaping. After the climax, there are a couple of scenes of falling action such as Harry's discussion with Dumbledore in the hospital wing and the revelation that Gryffindor has won the house cup at the end of the year feast. Both of these scenes of falling action are derived from the climax–Harry's discussion with Dumbledore is about Voldemort and the Sorcerer's Stone, and Gryffindor wins the house cup because of the heroic action Harry, Ron, and Hermione took to get to and during the climax.

After the battles in space and ground are over (climax), the characters deal with the events. An important scene of the falling action of the Phantom Menace is the funeral pyre for Qui-Gon Jinn where the characters mourn and discuss the possibility of the return of the Sith. This scene of falling action has tension that is stemmed from the climax and the main conflict of the story: A Sith menace has orchestrated a war and one has killed Qui-Gon Jinn.

The Lord of the Rings: The Return of the King

In the movie and the book of the Lord of the Rings: The Return of the King there are numerous scenes of falling action. The falling action begins after the ring is destroyed and the first scene of this part of the story is Frodo and Sam trying to escape the exploding Mount Doom. Then there are many more scenes with Aragon being crowned king and the journey back to the Shire. 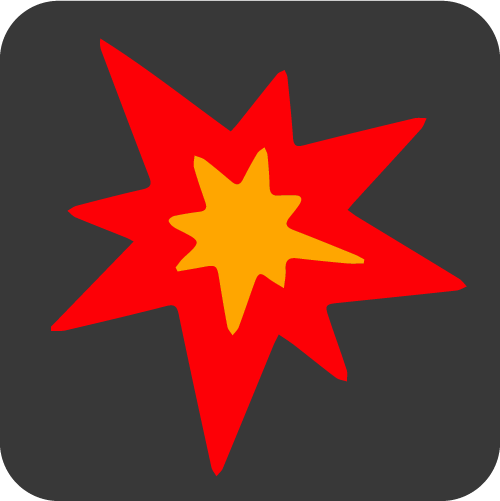 Developing Rising Action in a Story

What Makes a Good Inciting Incident?

How to Write a Good Prologue

Wondering how you should start your novel or story? Here are some ideas on what makes an effective opener.